Your Health. Your Story.
Home PTSD I have PTSD Symptoms Since I was Assaulted 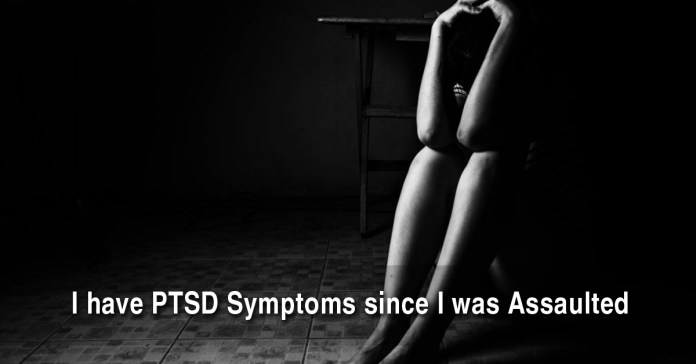 What was the First PTSD Symptom you noticed? Show your support by Commenting!

I’ve had PTSD symptoms for almost 6 years. At first, I didn’t even notice that I have those symptoms.

I was sexually assaulted 6 years ago, and I went to several of the Japanese psychiatric clinics. They forced me to talk, in detail, about the sexual assaults during our first sessions.

Some of them even mocked me or just said maybe I was asking for it. Furthermore, they said they can’t say I have PTSD just because they don’t know if the sexual assault actually happened. I don’t want to talk about how the Japanese police treated me when I reported rape; It was just horrible.

Read more: Me, Struggling with PTSD

I was re-traumatized and concluded not to visit those clinics anymore, and tried to go back to my ordinary life. For the first several years, it was okay and I thought I was doing okay but now I know that hyperarousal and avoidance had still remained and I was suffering from them.

Originally, I’m calm natured, but I frequently got into arguments with my close friends and even with drunken strangers after I was raped and visited several clinics. I never did such things before things happened. I avoided the situation like my professor is mocking the rape survivors. I also tossed out my old TV, just because I couldn’t enjoy that anymore and never wanted to see the stupid TV shows, also mocking someone.

When one of my best friends passed away several years ago…I was arguing with her and didn’t have a contact for a year…my other friends told me, “Why Teresa, you two never had arguments for more than 15 years. I know that friend sometimes says something annoying, but you never get mad at her. What’s happened to you, Teresa?”

Read more: My Personal Fight with PTSD and Depression

Then I noticed, that almost all of my anger against her was because of the PTSD symptoms, and decided to see a psychologist again. I searched online psychologist who can provide me PE therapy for me, and fortunately, I could find American psychologist.

Now I can feel I’m getting better, though some of the problems still remain. I thought PTSD is quite like the high order brain dysfunction which may happen after brain surgery. But I do believe I can get better from this because there are evidence-based therapies.

Now I’m trying to have trials of neurofeedback therapy, DecNef also. I won’t let the crime ruin my life. I would not only survive, but thrive in my future.

What was the First PTSD Symptom you noticed? Show your support by Commenting!