Your Health. Your Story.
Home ADHD The Most Common Invisible Illnesses 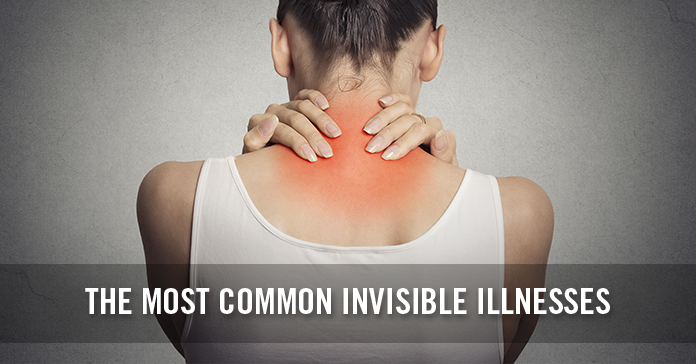 Different types of illnesses like cancer, Alzheimer’s, heart disorders receive a lot of coverage by the media that helps in building awareness while raising funds for cures and treatments. But what of all the invisible types of illnesses that thousands of people suffer from? Illnesses or diseases that are chronic are sometimes misunderstood or invisible by the rest of the world. Furthermore, to complicate matters, these diseases are often misdiagnosed or it might go underdiagnosed especially due to inconsistent or overlapping symptoms, or issues while testing. Unfortunately, all these complicates the understanding of these illnesses and it further inhibits progress towards cures and treatments. Here is a list of some common invisible types of illnesses that everyone should have a basic understanding of. Read on to know more.

Chron’s Disease: This particular disease is a typical type of chronic inflammatory disease affecting the human digestive tract. The most common types of symptoms of this disease include diarrhea, abdominal pain, weight loss, and fatigue. Almost seven million Americans are affected by this disease type. Furthermore, this disease is very much difficult to diagnose because there isn’t any single test that can diagnose its symptoms. Additionally, Chron’s disease shares several symptoms with other types of health problems.

Fibromyalgia: Fibromyalgia can be termed as the second most common condition that is known to affect the muscles and bones of a body. However, this condition is often misunderstood and misdiagnosed. The main classic symptoms of this disease include widespread joint and muscle pain along with fatigue. To be true, there isn’t any cure for this disease. However, a combination of exercise, medications, few healthy habits, and managing stress might help in easing symptoms might help in leading an active and normal life.

Lyme Disease: Lyme disease is a typical type of bacterial disease that is mostly caused by the deer tick. The early symptoms of this disease include fever, headache, bullseye rash, chills, joint pain, stiff neck, swollen lymph nodes etc. The later symptoms of this disease include nervous pains, facial palsy, arthritis, heart palpitations, severe type of neck stiffness and headaches, inflammation of the brain and even spinal cord. Almost three million Americans are diagnosed with this disease every year.

ADHD: ADHD or attention-deficit/ hyperactivity disorder is a very common type of mental problem that is known to affect children. Apart from children’s, ADHD might also cause harm to several adults. The symptoms of ADHD include hyperactivity such as excess movement, inattention i.e not being able to focus properly, and impulsivity such as different hasty acts occurring in the moment without any thought. An estimation of around 8.4% of children and approximately 2.5% of adults are suffering from ADHD. This human disorder is mostly identified in school-going children’s leading to further disruption in the classroom or even creating problems in the school worlds. This disorder is most common among boys than in girls.

In case you are suffering from any sort of these invisible illnesses, it can sometimes be discouraging or even frustrating to properly navigate into a medical landscape. Remember misdiagnoses, misunderstanding, stigma, and even controversy can exacerbate pain while making you more and more susceptible to depression or anxiety. The only way to overcome all these invisible illnesses is to get proper knowledge and understanding about it.