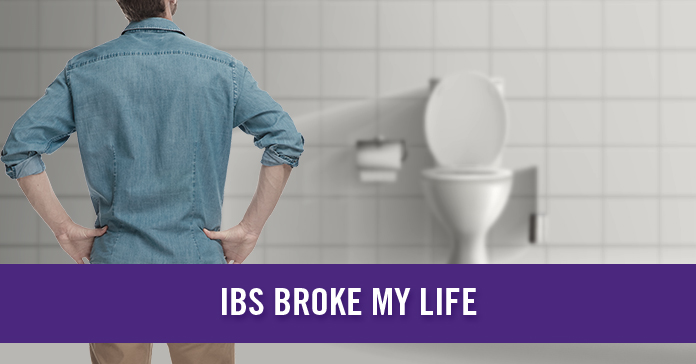 My story starts in 2010. I had just been promoted at work as a manager which put more stress on me. I was driving home from a side job when I had a terrible urge to BM but there was no place to go. I started having a panic attack but luckily made it back to my side job to use the bathroom.

I went to the doctor and he said that I had IBS and prescribed me Bentyl. My symptoms progressively got worse over the next few years with great urgency whenever I had to BM and by then I was getting blood and mucous in my stool.

I started getting incontinent in late 2015. My job required a 45-minute drive to and from work and I couldn’t leave for work until I was sure I wouldn’t need to have a BM. I was eating Imodium and Ibuprofen like candy every morning. At the time I didn’t know Ibuprofen was bad. I was in a severe depression. Also, my social life had collapsed and I was alienating friends because I was turning down all invites since I always felt I had to BM, plus the pain was terrible.

Then in March 2016, I was at work and something snapped in my mind and I stood up and quit my job. I was working my dream job and it devastated me to quit but I couldn’t do my job anymore. My life was revolving around the bathroom by then and that was all I could think about was when I was going to have to go, was the bathroom occupied (I couldn’t hold it in anymore when I had to go it was coming out) and I was having panic attacks driving to and from work.

After I quit my job, I pretty much shut down. My depression took over and I sat in my lazy boy all the time. Then in December of 2016, my wife took a picture of me and when I looked at it I didn’t recognize myself. By then I had lost 78 lbs. I went back to my doctor and he hooked me up with a GI doctor and a colonoscopy revealed I had severe UC.

In 2017, I developed a perianal abscess which then developed into a fistula, and had to have a fistulotomy. That surgery made my sphincter muscle weak. It took me about a year to recover from the fistulotomy surgery as I kept developing infections. I started getting control of my UC in January of 2019 and by June, I was able to go back to work at the place I quit albeit in a diminished role.

As of January 2021, I am back in a flare-up and just got over my 3rd CDiff infection in 6 months. I am grateful for my loving wife who was my rock through all this and to the owner of my company who took me back after I just up and quit on him back in 2016. I am currently taking Lialda and Rowasa to get my flare-up in check. The good thing about my job is now I only have a 2 block commute to work.

IBS Destroys My Life One Day At A Time

Spending All My Time in the Bathroom