Your Health. Your Story.
Home Pregnancy The Pelvic Floor & Its Role in The Life of A New... 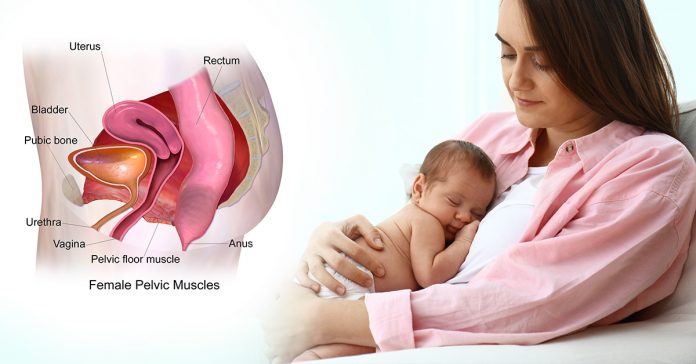 Imagine a hammock that’s well tied between two trees. Initially, it has its own set shape & certain elasticity that keeps the hammock tightly held between both trees. If one is to load the hammock by sitting on it, more often than not, it can withstand the load and eventually goes back into its taut position once the load is taken off.

However, repeated attempts at loading the hammock along with excessive weight beyond its capacity, gradually make the hammock lose its original resilience & durability causing it to first sag, or under extreme circumstances- even snap.

Not many expecting mothers know that as pregnancy progresses the growing baby tends to increase the stress on the pelvic floor and the added hormonal influence of relaxin that makes muscles and ligaments more flexible during pregnancy, actually causes the pelvic floor muscles to compromise further. The situation of being unable to hold on to weeing during pregnancy and as a result ‘leaking’ or ‘dribbling’ urine, is believed to be a typical pregnancy symptom that would resolve itself post-delivery. On the contrary, these symptoms are in reality signs of a weakening pelvic floor that requires immediate & quick interventions involving strengthening and rehabilitative exercises. When practiced during the early stages of pelvic floor weakening, the exercises can help with preventing damage and in certain cases even reversing the situation.

Simple laughing, occasional coughing or sneezing, trying to lift a slightly heavy weight- often result in ‘leakage or wetness’. Unfortunately, many women who have recently birthed assume these early symptoms of weakened pelvic musculature to be normal. However, these are red flags that should not be missed and rehabilitation must be immediate next step to work towards recovery.

Never look at a right time to begin practicing pelvic floor exercises or Kegel exercises as they are popularly known. For anybody who is planning to conceive, is currently pregnant or has recently given birth- no stage is late to introduce these exercises to your daily fitness regime. Whether a vaginal birth or a C-section, the weight of the baby does stress the pelvic floor and one should look at strengthening the same before any symptoms truly show up.

3 Tips for Choosing the Best Formula for Your Baby

7 Things You Didn’t Know About Nexplanon