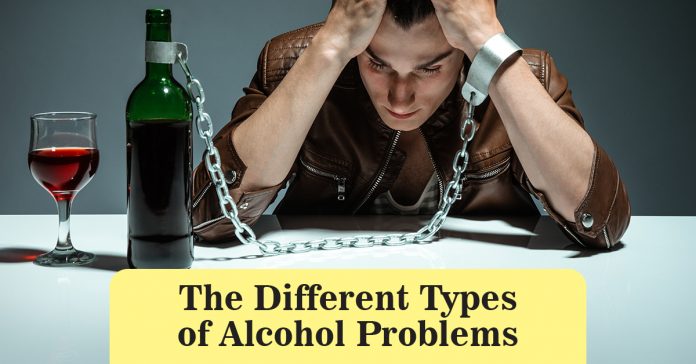 There are certain times of the year, like the holidays, where it seems everywhere that you go there is some type of alcohol. From office parties to family gatherings, you are going to find wine or beer. It is just expected. Of course, none of us put a second thought to the amount we consume. Nor do we pay attention to how much another person is drinking. So, finding that line between an alcohol problem and just enjoying yourself can be very hard. However, it is important that we discover that line so we know when it is time to ask for help, for ourselves and for our loved ones.

What is considered an alcohol problem?

When someone says they have an alcohol problem, the first thing that most of us think of is alcoholism. We tend to think of alcoholism as total dependence on alcohol. The image of a town drunk may even come to mind. In reality, alcoholism can take many forms. It can be as simple as having too much to drink at parties, being unable to recognize your limit, or simply not being able to turn down a drink.

Here is an example: You and your friend go to the club. Your friend has several drinks but maintains her senses. You have the same number of drinks but you are dancing on the tabletops and drawing attention to yourself. The next day, you have no trouble avoiding alcohol, in fact, you have no desire to drink again – until the next girls’ night out. Your friend ends up having a drink every night that week. You both would be considered as having a drinking problem, just on completely different levels and ways.

How common are alcohol problems?

One in six people suffers from some sort of alcohol problem. Keeping in mind this could range from the inability to control how many drinks they have to full-blown alcohol dependency. It does not matter what kind of alcohol you drink. Wine and beer are just as likely to give you problems as whiskey. Alcohol is alcohol.

Who is at a greater risk for alcohol problems?

What are the types of alcohol problems?

The term of an alcohol problem leaves you wide open to make judgments that could be wrong, hurtful, or just uninformed. To better understand it, you should look at the three types of alcohol problems.

Binge drinking – the act of drinking harmful amounts of alcohol in one seating. For women, this is four or more drinks. For men that are five or more drinks in one sitting. Even though you aren’t considered an alcoholic, binge drinking is very harmful to your health. It does real damage to your vital organs because it is hard for them to process in the short amount of time that you are drinking. Even if you binge drink occasionally, you are harming your body.

Alcohol Abuse – Having a drink several times a week. These are usually the ones who have a beer after a hard day, need a glass of wine to unwind, or turn to alcohol for comfort. While they aren’t dependent on alcohol, they are on their way to becoming dependent on it. Some signs of alcohol abuse are:

Alcohol Dependency – This is the next step in alcohol abuse. It is avoidable if you take notice of your alcohol problem before it becomes this serious. Some of the signs that you are about to hit bottom include:

The Five Types of Alcoholics

Just like the levels of alcohol problems are obvious, there are also five distinct types of alcoholics. Let’s take a look at them:

Do you have an alcohol problem?

If you enjoy drinking and are wondering if you do have an alcohol problem, there are a few questions you can ask yourself:

How many drinks do you have per week?

Are you drinking safely?

This means you aren’t drinking and driving, you don’t mix medications with alcohol, and you do not operate any heavy machinery while drinking.

Are you drinking out of habit?

If you have to drink to be comfortable around people, to go to sleep, to relax from your day, to control your thoughts, or to because others you know are drinking, you may need to seek help.

Finally, if you do any of the following you may need to seek help:

Drinking on occasion is not bad. However, if you have answered yes to the above questions, then you need to seek professional treatment for your alcoholism. No one can make you stop drinking. You are an individual. It is up to you to take control of your life and your health so that alcohol doesn’t take control. However, if you do need help, there are many options available to you.

The Iceberg of Addiction