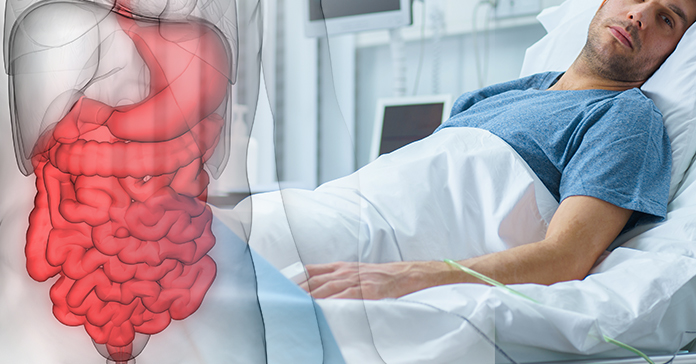 My name is Bennie Perry and I am a 53 years old man. My story began when I was 20 yrs old. I had become miserably ill so I had to visit many high-cost doctors and gastrologist but no one at that time knew much about Crohn’s disease. I went from 300 lbs. to a man barely alive. I had gotten to 132 lbs and thought I was going to die. At this point, I had given up on life. But my mother wasn’t ready to give up the fight which I was. She convinced me to go to Jackson Memorial in Miami, Florida for a last-chance effort.

You see when I got sick there were less than 1 million people in this country that had Crohn’s so there wasn’t much research done at the time. I was very fortunate to have met the head gastroenterologist at Jackson Memorial. I am so thankful for that man he actually saved my life. He was a doctor that was ahead of his time. He had started me on a medication that was originally made for leukemia. It was called 6mp for its initials along with a cycle of prednisone.

Along with him being aware of me smoking THC, he then carried on about me not quitting smoking. I have to say I owed my life to this man. I had gone from giving up on life to knowing I had a chance to live my life. Again, don’t get me wrong. There were a lot of ups and downs but within a year’s time, I was in remission and gaining weight.

I was admitted into the hospital at this time because I had developed an abscess on my large intestine and my small intestine had wrapped around it. Nobody wanted to risk the surgery because of the complications. At this point, I was transferred from Palm Beach Children’s Hospital back to Jackson Memorial in Miami where they were able to get a drain attached to the abscess. After a month or so, a cyst developed where the tube was inserted in my groin area so I returned to my local hospital where I thought they would lance it and send me home but boy I was wrong. They immediately admitted me to the ICU where I met this surgeon that told me he had to attempt the surgery that I needed or else I would definitely die.

He proceeded to tell me that I would only have a 15 percent chance of survival which was a better chance of surviving even though the percentage of survival was very low. He took me in for surgery at 8 AM. I had already said my goodbyes to my children and loved ones, having no thoughts that I would survive this procedure. 13 hours later, I was moved to a recovery room where there had to be at least 10 doctors and specialists keeping me alive.

They had removed a section of my large intestine along with a small piece of my colon. They also removed the abscess that was there. It had completely blocked my large intestine. They also removed my appendix to avoid future complications and so that they wouldn’t mistake my Crohn’s disease cramps for a bad appendix. I mean even the doctor didn’t think I was going to survive. I have a scar that goes from the top of my stomach to the top of my private parts that looks like they gutted a hog. To this day, I am very uncomfortable taking my shirt off but I don’t complain because I am alive and doing well.

So please, nobody give up the fight. I have escaped death twice from my Crohn’s disease. And not to mention I spent Thanksgiving, Christmas, and New Year in the hospital in my 2015 episode. When you think you have it so bad, there is hope especially with all of the research being done today.

Thank you all,
Bennie Perry

Surviving the Threat of Crohn’s Disease