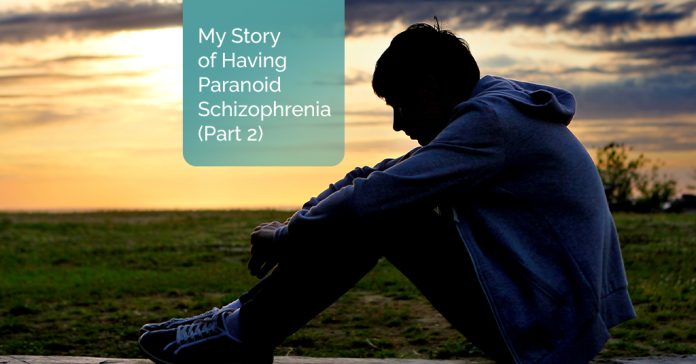 Hi! I’m Matthew and I was diagnosed with schizophrenia when I was 17 years old.

I’m 36 years old now, and having schizophrenia has been particularly getting hard, whether it’s about my health or the way I feel like I’m constantly been directed towards schizophrenia. Since I’ve had such a frustrating existence, I don’t know why I think someone is watching out for me or why certain things occur at certain times.

I think everyone has a story to tell, even if we don’t always believe it.

I’m happy that my medication keeps me calm or at bay.

When you need that backing and nobody is there, it’s not best for me to talk because I’m so shy.

If I could learn more about schizophrenia, I’d like to make a bigger difference rather than just ignore it. Many people don’t view my life the same way I do. I’m told it’s in the past, but if it is in the past, how would that affect you right now?

I rarely hear voices but when I do, I’ll hear something like, “I call if in need,” “Stop! I’ve been pushed over,” or “They’re here now. The bus is almost here.” When I was in school, I can still recall counting seconds with my fingers as they descended independently behind me. Or a lady once inquired about my surroundings and appeared to understand what I was saying. On rare occasions, I would reach out to a person and say a few words, such as where we would next meet and my age. Sometimes, I seem to speak for myself.

Even though I can’t see the figure, I occasionally feel bullied. In trying to find myself and to see what occurs, I can’t seem to find an individual who would like to get to know me and guide me toward self-discovery.

Like I said, despite all I’ve seen and heard, I’m made to believe that the majority of my troubles are imaginary and unreal.

If I could wish for anything, I would undoubtedly desire that people with schizophrenia would aid in our efforts to treat them, and I would be content if they did.

I do feel a bit neglected in life but I’m so thankful for my flat and belongings.

It’s hard for me to alter my thoughts and concentrate on anything else after I’ve been through so much, especially when I spend too much time alone myself. I sometimes wish things with friends and family were different. Currently, I’m raising a few chili plants.

I feel daft about my matters yet I am proud of what I have heard and believed.

Instead, we should learn more.

My Story Having Paranoid Schizophrenia