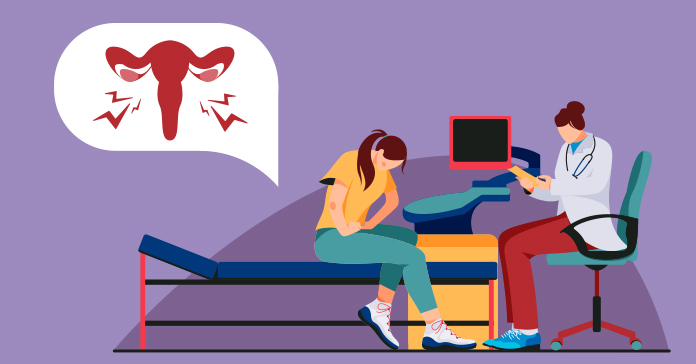 I’m not someone who usually chooses to discuss my endo story fully. It’s hard having nobody you can fully delve into discussions with who will truly ever understand the impact both mentally and physically when dealing with an invisible illness but here goes.

I got diagnosed with endometriosis and multi-cystic ovaries at the age of 22. I started my period at aged 11 and from that moment on my periods were horrendous. For many years I assumed that my period was normal and that I was one of those “unlucky” ones who suffered with “heavy” periods. I remember being 15 when the pain started to be severe and I was constantly drained and tired as someone who has always battled with my weight.

I was told I was lazy and fat and slept too much. I was trialed on numerous types of the pill and this just made my periods last longer with no relief on the pain. My periods then got heavier and heavier over the next couple of years. My endless doctor visits also fell on deaf ears so like many others I completely gave up!

When I was 17, I chose to have the implant to see if this would help, however, the periods just never ended. I had no days period free and to top it off my body started rejecting the coil and I had it removed.

When I was 17, I chose to have the implant to see if this would help, however, the periods just never ended. I had no days period free and to top it off my body started rejecting the coil and I had it removed.

The first thing they chose to do was insert the Marina coil at my doctor’s surgery. I endured the pain of having this inserted but within two days of it being in me, my body again rejected the contraception. And I was told had I left it any longer I could’ve ended up loosing my life supply of blood.

I had my first laparoscopic operation in April 2018 around 8 months later. I didn’t know what to expect and it was daunting knowing this was the only way they’d truly see what was going on. When being placed back on the ward I was told that they didn’t remove any of the endo but just reinserted the marina coil again “correctly” as the case was more complicated than they imagined and would need a further investigation done under a specialist.

When meeting with the specialist for the first time, he went through the scans taken to show where the cysts were located. There was one large cyst attached between my uterus and bowels which meant I need my bowels investigated before a further operation could be done (July 2018). The colonic surgery was the worst day of my life! I had to have an enema inserted as I couldn’t go through with doing this myself and to sum it all up I hadn’t passed all of the stools so that made for major awkward conversation whilst having a camera in my anus! I was told my bowels were fine and I could have the cyst removed without damaging the bowels and needing a colostomy bag.

In October 2018, I was told 24 hours before my second lap with no time for preparation mentally for what was going to happen this time around. The operation was successful and they removed a huge amount of cysts from all over including my bladder, uterus, ovaries etc. After the surgery I still had a lot of pain and the bleeding didn’t really stop. By December, the doctors blamed my continuous bleeding on the coil being possibly rejected as they couldn’t locate it. I was sent back to hospital for a scan then they told my that the coil had just moved a lot higher but all was fine. Again I just went on with good days but mostly bad.

The day after my birthday on June 3rd 2019, I was put on Prostap injections and have been on them for over a year now. The COVID-19 pandemic has restricted my chance of an operation and due to the length of time I’ve now been on it, I dread to think how bad the pain and bleeding would possibly be. The Prostap took around 8 months in before I didn’t bleed at least 3 times a week. I can honestly say that if I do bleed then it is usually on spotting. The pain, however, had never stopped. Also, my hair is falling out and the thinnest it could be. I pray that I can have surgery sooner rather than later as I have no children and would like to know what’s going on and what my chances are of having them. Thanks for listening to my story!

Losing a Loved One to Dementia During the Pandemic Lockdown

Why Is It So Hard To Diagnose Crohn’s Disease?

Uncommon COVID-19 Symptoms That You Need To Know