Your Health. Your Story.
Home Endometriosis My life with endo 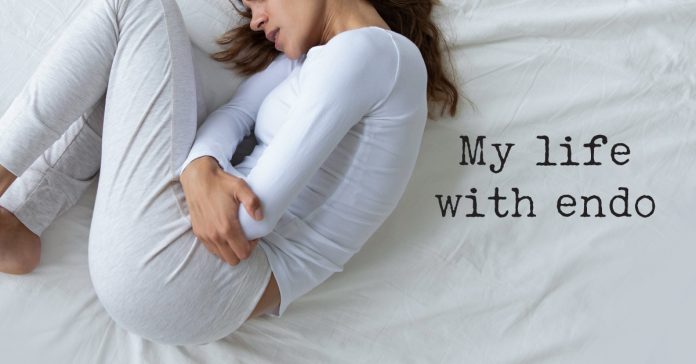 Looking back it started around the age of 13. I started having heavy and irregular periods. Painful periods. I would bleed constantly for months and have a month break. I was on the implant at the time and doctors didn’t seem too fussed to see what the problem was. I started to get bad back pain around the age of 16/17. Having random flare ups constantly. Doctors still didn’t seem concerned. Just gave me extra pills to take even with proof that they weren’t working. Fast forward to age 22, I eventually had the implant out and not replaced again. I was given a Contraceptive pill instead. Then the pain got intense. I had my implant out around March and was in the hospital having scans by October. The doctors finally listened that something was wrong. I had an ultrasound, and a transvaginal in the same appointment. These tests found a cyst on my ovary and a titled uterus. But was told nothing to be alarmed about. Yet the cyst ruptured not long after. That me and my husband didn’t know at the time. I was given a hysteroscopy in November. This found no cyst so the doctors concluded it had burst. They didn’t find anything on the hysteroscopy but the doctor that performed it was determined there was something wrong. I was then referred for a laparoscopy. Which I eventually had the March after. I was going to be made to wait longer but a trip to a n e with severe symptoms got me bumped up. They found endometriosis. I finally had a name! They removed what they had found. They told me what I had, what they had done and sent me home with codeine. Nothing else, no information only post surgery info. I am now 3 months post laparoscopy. My symptoms have worsened. I now suffer from constant abdominal pain rather than just menstrual. Severe pressure in my right side constantly. I was referred for another ultrasound 2 weeks ago. They came back to tell me I have a swollen ovary (causing the pressure) and endometrial tissue/pocket. I’m being reffered to my gynaecologist again but with what’s been happening with covid, I’m expecting to wait a very long time. I don’t know how long. I have currently no form of pain relief. Nothing works to relieve the pain and even though I have this condition my doctor won’t prescribe anything strong. So… I have to live with this condition pretty much all my life. There is no cure. Hysterectomy doesn’t always work as this can grow on any organs in my body. I may not be able to have children and that’s the scariest part.