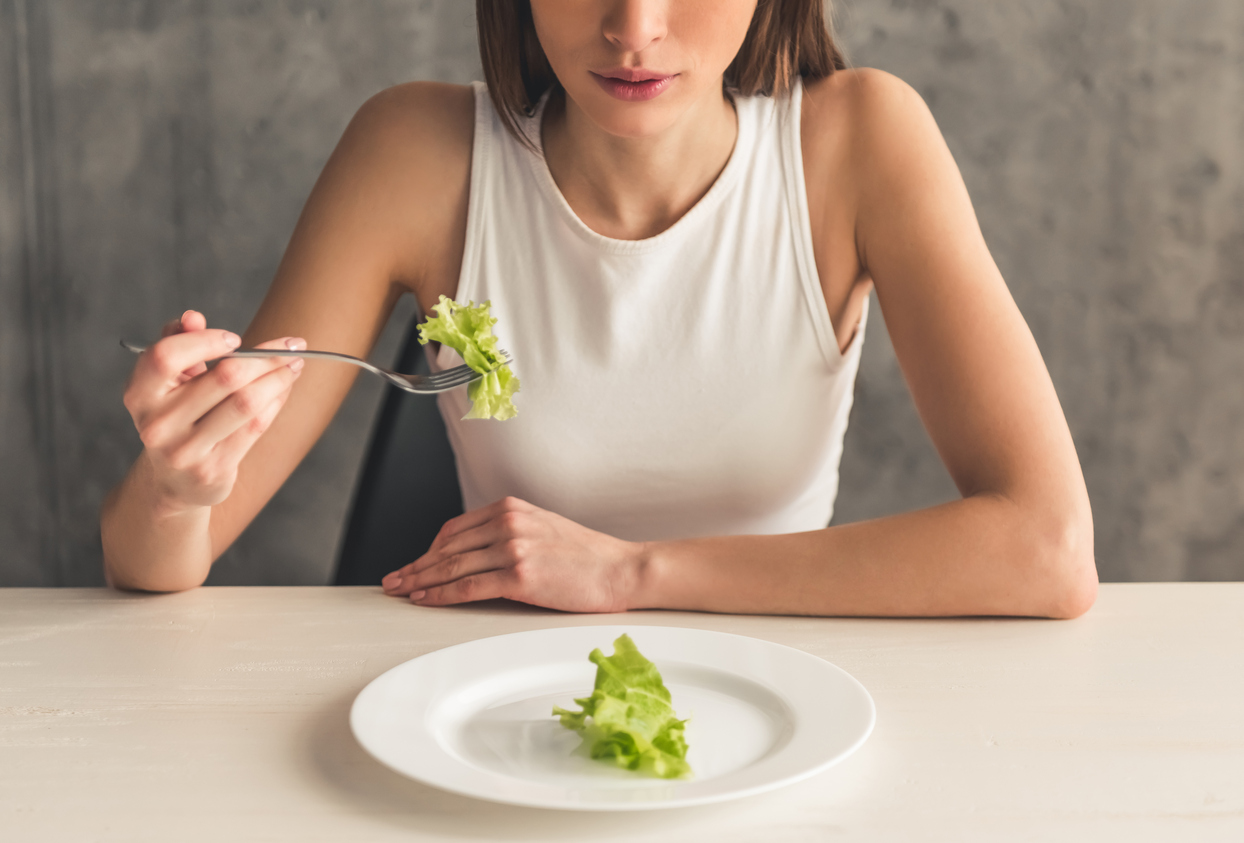 How did your eating disorder start? What was the trigger?

My name is Giorgia, and I am from Italy. This is the story of the way I’ve been dealing with my eating disorders during the last four years. Since I am not writing this article for myself but for your own immediate use and information, I want you to realize that if you think you have an eating disorder, my dear, you have one.

I realized something was wrong with me about four years ago. It started due to something as stupid as a sentence, more precisely somebody I cared about who told me I had lost some weight after my father’s death. At the moment, that comment made me feel really good since I have always had self-esteem issues.

The thing with me, I really liked that I got thinner during a time when all I could think of was that I felt very depressed, I didn’t have anything to focus on but the memory of my father and nothing really seemed to work when it came to raising some motivation. Since I realized I didn’t want to gain the weight back, I started dieting for a while.

It was great when I started losing a lot of weight, getting people’s attention. But the more I was losing, the more I was getting anxious about re-gaining that weight. No matter how small my meals were – I could barely eat 4 slices of eggplants for lunch – I was never happy with my body. I started obsessing about the circumference of my waist and arms and legs, touching them repeatedly, I started obsessing about the scale, I started taking long walks in order to burn all that fat I didn’t want around my hips. I started cooking my own meals, skipping social occasions, events, and celebrations.

I ended a lot of friendships because I wasn’t able to go out and eat normally. I surrounded myself with self-punishment and starvation because that was the only thing that could make me feel actually good about myself.

Anything else would make me feel anxious. I needed to have control. I remember being so insanely happy when my body mass index finally showed me that I was severely underweight. I felt incredibly powerful from my self-deprivation like I was freaking strong and I finally did something most of the people can’t do. But I was also scared of losing that feeling during every meal.

If I ate one crumble more, I thought, I would have been like anybody else again. Just normal. I didn’t want to feel normal or un-noticed anymore. One day though I met a rock star – like, literally a world-famous rock star – and we fell in love and he took me on tour with him and I felt so in love and so happy that eventually, food became a new way to enjoy incredible moments and share our love. I let go of everything and I started bingeing like never before. I gained a shitload of pounds in two weeks, eating desserts and hamburgers and taking part in the most amazing gigs and shows from behind the scenes. It was a musical of endorphins on every level.

The times we were not together and I had to come back to Rome, I used to starve myself again to be in great shape again by the time I could have seen him. I started exercising because somehow food had become addictive and the only thing I could fight my binges were doing cardio, walking, lifting weights. In no time it became my way of purging.

When, six months later, the rock star broke up with me, all I had left was depression and my circle of bingeing-purging. Since it seemed like I had lost any control and my binges became very frequent – like two/three times per week – I’ve been keeping living my life on strict diets.

I haven’t been sharing my meals with my family for four years, even though I actually live with my mother and sister. I barely use oil when I cook and I don’t trust anyone but myself when it comes to cooking. I’ve been feeling like my happiness or mental health depend on it. Until I binge.

Then I overexercise for days and freaking feel tired and sick and hopeless. I bloat like a balloon and my muscles hurt from the excess of sugar. Then I binge again and I feel ashamed, worthless, stupid, spineless, insatiable. I feel like a wreak and I feel like I should throw myself away. And I tell myself I suck.

So far, the best thing that has happened to me regarding my food issues has been talking to a therapist. He finally told me that I am bulimic and I found the courage to talk to my family about it, even though I feel like they still don’t understand my feelings and my actions and totally undervalue this kind of assuring.

The therapist asked me to follow a meal plan – sort of. Essentially, in order to avoid starving but also anxiety due to my dysmorphia (meaning that I perceive my body image depending on my guilty conscience), I have to make sure I eat a little less than my daily intake of calories. In this way, I am sure I am not gaining weight but I also eat enough and nicely.

Actually, his ultimate plan would have been making me eat just normally and forget about calories and gaining weight, but I immediately freaked out and I quit my therapy sessions.

I haven’t fixed my situation yet, but with the help of my Fitbit, my life has been easier. I know how much I eat and how much I burn every day, so I eat mostly healthy food but also my favorite desserts, and that’s okay as long as I don’t reach 100% of my daily intake.

It makes me feel way better about myself and food and it allows me to share my meals with my quasi-husband and go out enjoy lunches and dinner together. I still don’t feel at ease, obviously, and I still have my bingeing days, but they happen once every two weeks since I feel less hungry, more satisfied and less anxious.

I do hope my experience can help you in finding a solution or at least a compromise that allows you to live more, share more, love more and understand that you are not alone, and there’s nothing wrong about you.

Everybody has their own skeleton in the closet.

You only need to learn how to love and respect yourself enough to let go. I hope you find your way. Much love.

How did your eating disorder start? What was the trigger?

How I Got Over My Binge Eating Disorder