Your Health. Your Story.
Home C-PTSD My C-PTSD Story 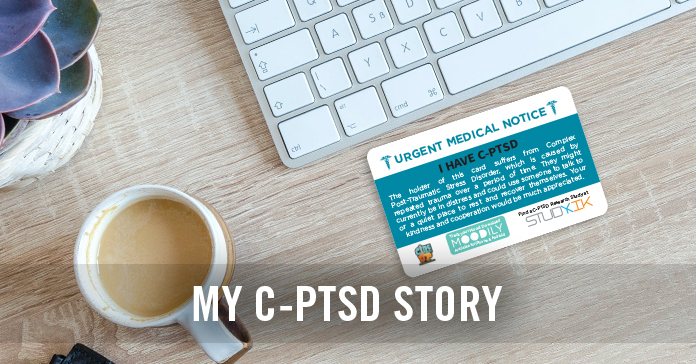 On the morning of my first panic attack, I felt completely fine. I had just come back from taking a 4-day mental staycation and even messaged my coworker that I felt good and at peace that morning. By 10am, my chest started to feel slightly tight again. This had been going on for a few weeks.

At first, I thought it was COVID-19 but was tested negative then went to my family doctor. She concluded that it could be my acid reflux medicine so she prescribed me a different one. My doctor said I could be having silent acid reflux which will cause the chest tightness and difficulty breathing and that the new medicine would take about 2 weeks to start kicking in so I just went on thinking the difficult breathing would subside.

By this time, it’d been a week since I was prescribed the new medication. At 3 PM, I messaged my doctor’s office about possibly prescribing me an inhaler, if it would help, since I had sports asthma in high school. They messaged back asking if I was having any shortness of breath. I got the response an hour later and by then, it was REALLY starting to hit me and it was time for me to get off work. I replied to my doctor’s office saying it was getting pretty bad and that I was starting to struggle breathing so if it wasn’t getting any better soon, I was going to have to go to the ER.

As I walked out of my building to my car, my hands were trembling and I could tell something was wrong. I knew it wasn’t my blood sugar and I’m not anemic. I sat in my car contemplating if I should try to make it home or not while trying to take deep breaths. My roommate started texting me and I told her if I wasn’t home by 4:45 – 5 pm, she should call my husband and my mom.

About 10 minutes into my drive, my legs started going numb and then one of my arms so I pulled over to the side of the road and parked my car. I called my mom and told her what was happening and I didn’t know what to do and I eventually fainted while on the phone. When I came to, I saw my phone in the center console and my mom was still on the line. She told me to call 911 and so I did.

While on the phone with dispatched, I told them as quickly as I could where my location was and my car make and model while unlocking my car door then fainted once again while they were asking me my car color. I kept nodding in and out after that but my arms and legs were numb and heavy. The police officer that arrived first was asking me questions like if I was positive or could be positive for COVID-19 but it was too hard to talk or move. So with what energy I had left, I shook my head no then grabbed my wallet that’s attached to my car keys and turned my car off to hand it to him.. 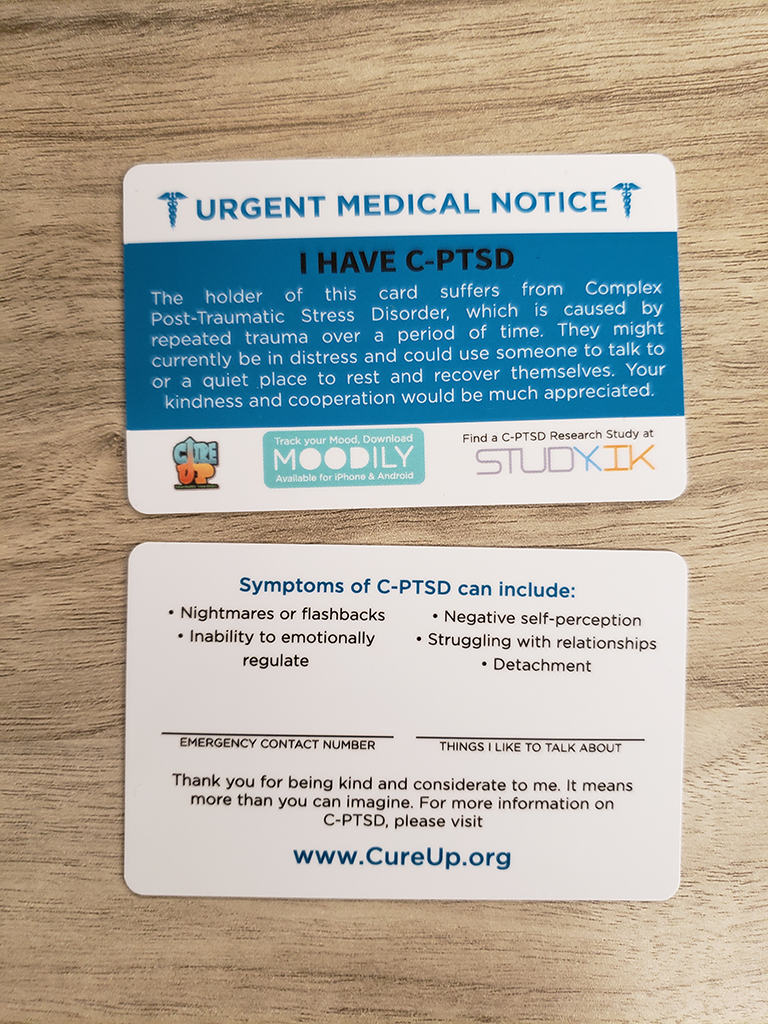 The officer took my wallet, which has an ID window where my CureUp C-PTSD card was showing. He asked if I’d been triggered, I said no. Once EMS arrived, they too asked me similar questions but the officer told them I had CPTSD where they pretty much knew what they were dealing with by then so they didn’t question as much anymore. I was too weak and overwhelmed to answer anyway.

At the hospital, they continued asking me questions and ran and x-ray and checked if my heart was okay. After a while, they concluded I had a panic attack and gave me a Xanax. I said I wasn’t feeling anxious or anything. I was completely fine this morning. The doctor said that panic attacks can happen out of nowhere like that and that I needed to talk to my psychiatrist tomorrow to let them know what happened.

After that whole ordeal, I replayed everything in my head and realized how grateful I was for the first responders and my card. Almost a month ago when I’d ordered it, I told my husband that I was excited about the card but I felt silly because I didn’t want people to think I had my card on display for attention or sympathy. He said it wasn’t silly but that it’s serious and very real.

I looked at my card and said to him, “Yeah, you never know what might happen when this would come in handy for me…”