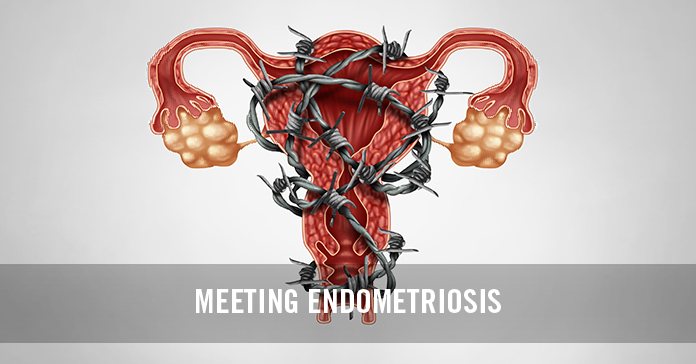 As I am writing this, I am in bed and only 2 days out of my 6th endometriosis-related surgery. I’m a real veteran now. The pain I am feeling from having my guts cut into and my insides messed around with is way too familiar. It kind of doesn’t even feel like pain anymore.

I feel better today than I have in 4 weeks. I was promptly booked in for surgery after an ultrasound came back saying I had a large cyst on my left ovary that was haemorrhaging into my pelvis. Around 4 weeks ago I had experienced a huge wave of pain. It had me crippled on the floor and bed-ridden on and off for days at a time. I hesitated to go back to the doctor. I’d only just had my 5th surgery under 2 months ago. Surely the endometriosis couldn’t have grown back that quickly, right? Two months!? Eventually I did see my doctor, who referred me to my specialist, then it was more surgery. And now I’m here again in bed, resting and hoping that this will finally be the last time. At least for a while. 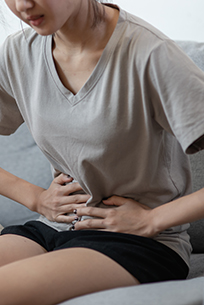 I was 11 when I had my first period. Admittedly, I had no idea that I was even experiencing it. I was quite ill, my head was throbbing, and my stomach was cramping non-stop. I had just come home from staying at my god mother’s house inter-state. Whenever I went there she would spoil me rotten, especially with chocolate. 11-year-old me had thought all that chocolate had made me sick and was “coming out of me,” so to say, and I didn’t tell my mother in case I would get in trouble.  Eventually, she found out, of course. She explained to me what was happening and that it definitely wasn’t chocolate coming out of my vagina. “You’re a woman now,” she said with tears in her eyes.

For the next three years I would experience the same symptoms as my first period every single month. It became the new normal. Once a month I would leave school early and not return for at least 4 days. The first-aid lady knew me by name and would have Ponstan ready as soon as I walked in. Once I turned 15 my mum took me to the doctor and got me on the contraceptive pill. This helped for a little while. It reduced my head aches, and throwing up was only a rare occurrence during my period. My periods were lighter and only lasted for a few days. I still experienced abdominal pain but it was nothing compared to before. As my body changed, however, so did the effects of the pill. The pain was the first thing to come back.

I was 19 when I had my first trip to hospital for severe abdominal pain. I had been at work, on the second half of a double shift. We were right in the middle of dinner service when I fell to the ground taking a whole plate full of food with me. At this stage in my life I had become accustomed to being in pain and having headaches for at least a week during my period, but this was the worst I had felt in a long time. I couldn’t move. My lower abdomen felt like a burning fire being stabbed by a thousand knifes. My thighs ached down to my ankles. My lower back felt tightened and almost like it was radiating heat. I got to the hospital and waited to be seen—6 hours, to be exact. Once I had finally been admitted they proceeded to test me for STI’s, pregnancy, and a UTI. They all came back negative, so they sent me on my way. No ultrasound, no referral, nothing.

When I was 22, I demanded my GP refer me to a gynaecologist. Since my first trip to the hospital, I had been admitted another 6 times for the same pain and had yet to be referred to a specialist. Now to be fair, at this point, I didn’t even know the word “endometriosis” existed. I try to tell myself that this must have been true for the variety of doctors that saw my symptoms, too. If they had heard of it, they would have taken me a bit more seriously, right? But maybe that’s a conversation for another time. All I knew is that this wasn’t normal. I was taking more sick days than any other employee. I was spending more time in bed than out with my friends. This wasn’t normal for a “healthy” 22-year-old.

I got my referral and, praised the gods, within 3 months I was on the operating table ready for an exploratory laparoscopy. When I woke up, I remember crying and yelling “I have to pee! I have to pee!” It was the only thing my anaesthetised brain could relate the pain too. I had been awake and coherent for about 30 minutes when a doctor came in and told me they found endometriosis. That was the first time I had ever heard the word. Five days later I was sitting in the gynaecologist’s office being told the same thing: they found endometriosis. They burned it off and that was it. I didn’t ask many questions because, well, I didn’t really have any. I didn’t know anything about the disease and trusted the words of my doctor. “That was it.” So, I went on my merry way.

Twelve months later, I’m 23. The pain was back. How? I wondered. I naively thought I was cured. My first surgery was done through the public system. An older friend of mine convinced me to get private health insurance before my first surgery. I didn’t see the point in any of it, but I took their advice anyway. Turns out it was great advice. I went back to my GP and asked for another referral, that time I named the specialist I wanted to see (more great advice I had received). The specialist was private. Within 2 days I was in his office. He spent around 30 minutes educating me on the disease I had been diagnosed with. He advised me to get off the pill and try an IUD to reduce the amount of estrogen in my body. He also booked me in for more surgery. It was clear to him that whatever had been removed had grown back, something which I didn’t even know could happen.

Now I am 26 and recovering from my 6th surgery. That private surgeon has conducted 5 excision surgeries on me. He finds endometriosis in different places than the last and each time he tells me he wishes there was more he could do. Each time he says, “I’m so sorry you’re here again.” But that’s the disease. It doesn’t care how many times you remove it – it will come back. Remove it from your ovary? It will come back on your bowel. Remove it from your bowel? It will grow back on your bladder. Get off the pill and get an IUD instead? Well, you’ll be ovulating now so let’s form some cysts! Let’s also not forget the emotional, personal, and lifestyle tolls this disease takes on you. Yesterday, I had a work colleague message me well-wishes for recovery. They mentioned how they’re sorry that this disease has seen me be in the same company for 3 years without a promotion. That’s the reality of any chronic illness/disease. You’ll never get to do all the things the healthy you could. You’ll never conquer it. You’ll only adapt to it.