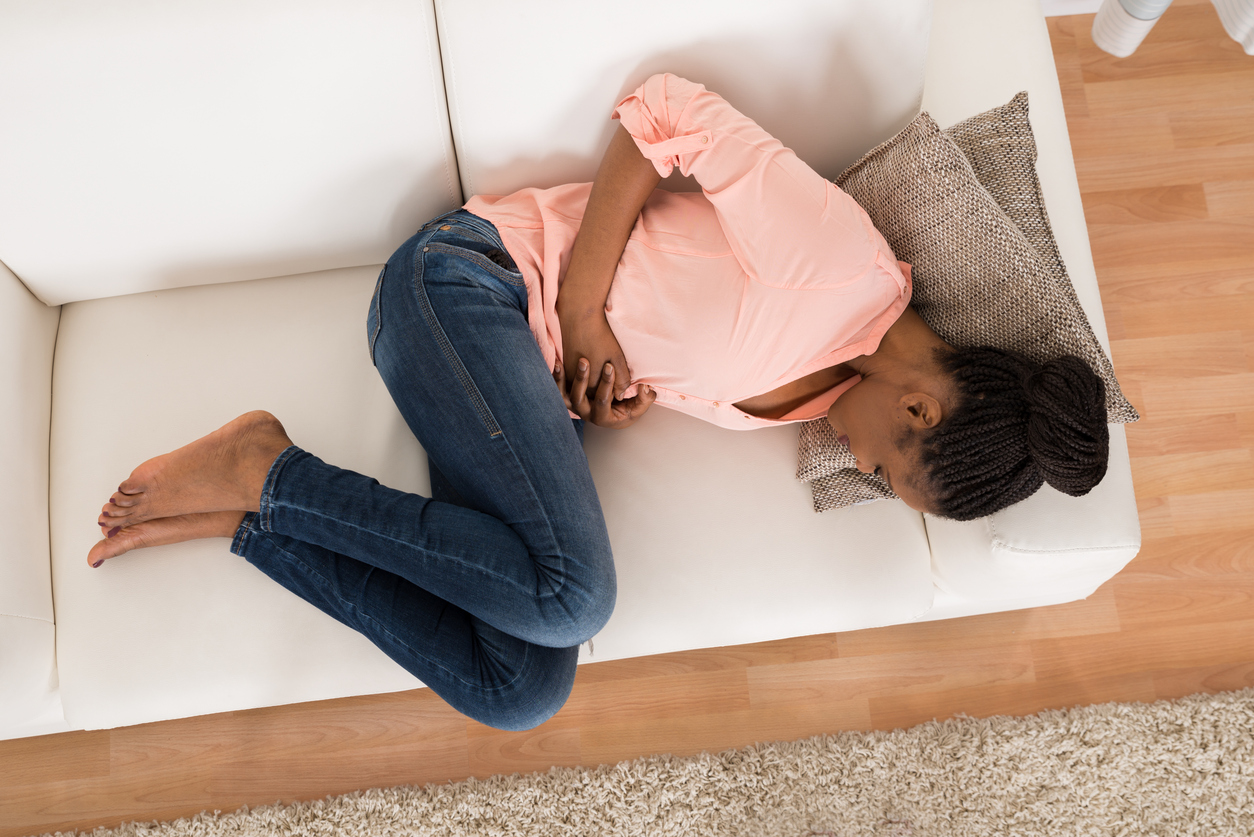 At the early age of 12 I was just doing my normal everyday thing of wasting time doing cartwheels, summer salts I noticed a deep cramp.

I thought that I needed to slow down, next thing that I can remember is laying there I the grass feeling like my stomach was in a huge cramp close to what you get while running was how I would have explained it, only more severe.

The pain was so crippling that I had to crawl my way back into the house as I had sudden feeling I would soil my pants and needed to get to the washroom.

That was when I discovered that I was bleeding, my first ever period was happening and wow was it painful. How do others girls, for example, my sister and close female friends deal with this all the time?

Over the next week I was in horrible pain, I was vomiting, had severe diarrhea and so much pain that only a hot bath seemed to sooth.

I went through that for probably 4 years before I finally figured that I needed to talk to a doctor about it, and when I did he would prescribe Tylenol.

After a year or so of being told that my pain was in my head, every woman has a period and a lot have cramps, you just have to exercise more?

Remember, I began this story with what exercise did to me it was a crippling pain I was dealing with but was told all along that every woman deals with this, so maybe I was weak.

I went back to the doctor and was told again to deal with the pain it’s all in my head. That was when I snapped and long story short was kicked out of his office and told he would not continue to be my doctor, so I had to seek a new one.

I found a young doctor who was fresh out of school and after one appointment with him, he said he was going to get me going in the direction of being diagnosed with endometriosis!

What I was told about the disease was that:

1) I would probably not have kids

2) having babies can rid the pain of endo

3) a hysterectomy was a cure.

So throughout the years, I have had 2 kids and numerous laps done to cauterize the endo and a hysterectomy.

I was good for about 10 years, no symptoms and then one day at work I was struck with the pain that I remembered so well, returning and having to go home.

Then for a few months, I noticed that the pain was getting greater and greater, so I went back to the doctor and found out that hysterectomy is not a cure.

So I sought help once again and I was steered in the direction of a pelvic pain and endo Clinic.

The doctor that I saw put me through physiotherapy, and counseling. After months of doing this asked what I wanted to do next and I asked him to go in and look to which he said yes.

We set a date and when he went in he found it had spread throughout and treated it. Now, 2 years later I am in pain daily and have learned that this is a disease that cannot be stopped.

The scarring from the cauterization has caused nerve damage which is very painful as well as other parts of my body aching so badly some days that I can’t do normal routine things.

I can only hope that when I reach menopause I will finally have relief from this.