CureUp
Home Endometriosis I Ran to Fight Endo and Raised $1000 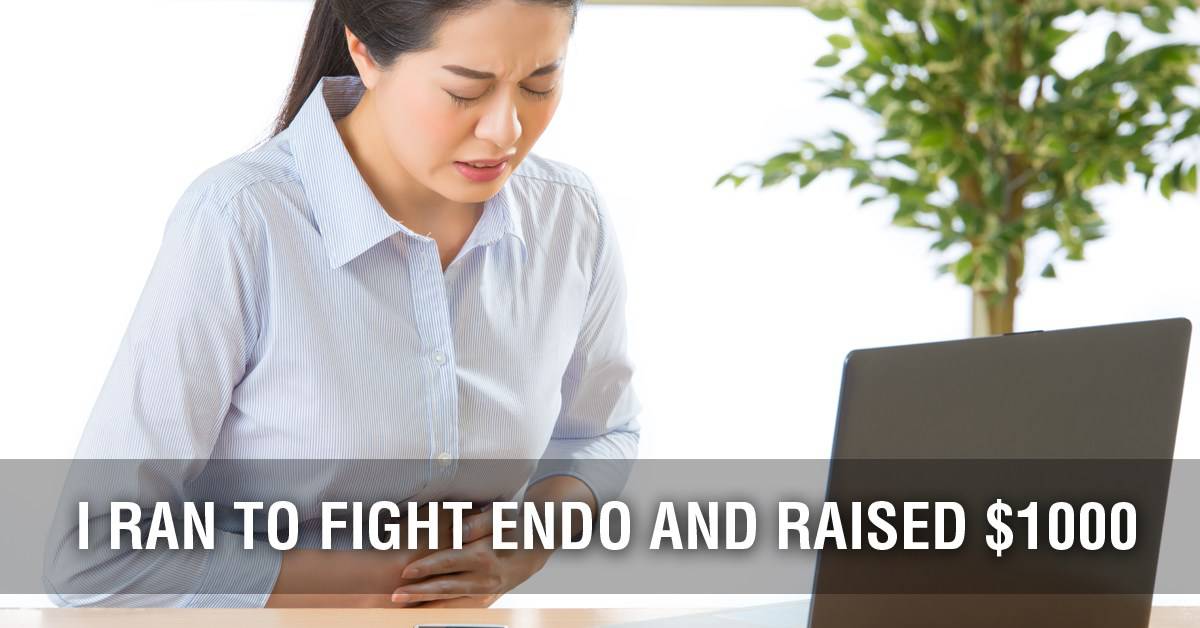 One of the main Symptoms of Endometriosis is painful period. Share to Raise Awareness!

When I was 17 I was diagnosed with Endometriosis via laparoscopy. I had it removed and a d&c done.

I had suffered since I was 11 with heavy periods, extreme abdominal pain, cysts on the ovaries and bursting cysts.
I would miss a lot of school due to period pain and feel lethargic.

I suffered through the pain and bleeding again until I was 24 when I had surgery again to remove my Endometriosis. This time it was a lot worse. I had it on my uterus, bladder, bowel, both sides of my groin and pouch of Douglas.

Read more: So You Think You Have Endometriosis

I had a dye test done as well to check for blockages in my tubes due to an ectopic pregnancy a year previously.

My husband and I have been trying for kids for over 5 years now with 1 ectopic and 4 miscarriages the most recent at the start of September this year.

Endometriosis has played a massive factor in my infertility and diagnosis of depression and anxiety.

It has stopped us from starting a family as of yet.

It has stopped me from fully enjoying holidays for fear of suddenly bleeding or getting my period and being bedridden for days.

This year I decided I wanted to raise awareness and money for Endometriosis Australia in the lead up to the Perth Color Run.

I created a Facebook page which I posted daily information about my experience with Endometriosis, others experiences and also some light humor as well.

I managed to raise over $1,000 in the end for Endometriosis Australia which I was stunned and so proud of achieving.

Read more: My Struggle with Endo

No one knows what it’s like to go through what people with Endometriosis go through unless they have it themselves. It’s different for everyone but if everyone who has Endometriosis speaks up and educated friends and family on what they’re going through the awareness will be getting out there.

My wish is for every school while teaching sex Ed includes men’s and women’s health including Endometriosis. I want every girl and woman to know that it’s not normal and they’re not alone. I felt alone and an outcast and I don’t wish that on anyone.

I want more awareness and I want more funding to help find a cure for Endometriosis!

One of the main Symptoms of Endometriosis is a painful period. Share to Raise Awareness!