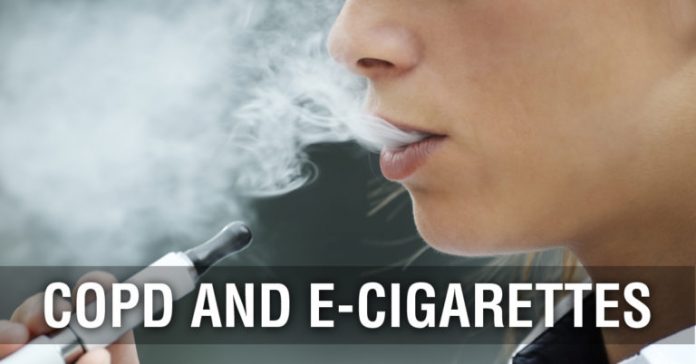 COPD is short for the Chronic Obstructive Pulmonary Disease. This is essentially the progressive illness that affects the human respiratory system.

Millions of people around the world are living with COPD, with even more people having early-stage COPD without knowing that they do!

Cigarette smoking is the leading cause of COPD. Inhaling tobacco smoke is one of the clearest factors that influence the development of COPD. Statistically, about 90 percent of COPD patients are either former smokers or smokers.

In this article, we would discuss the effect of e-cigarettes to COPD.

It is important to note that inhaling smoke from an e-cigarette, also known as vaping, is not nearly as harmful as inhaling cigarette smoke. When vaping you are inhaling a mixture of chemicals and water vapor. Most e-cigarette liquids contain nicotine and when this vapor is exhaled, others or even you can breathe in this mixture.

So is it okay to say that vaping causes COPD?

It’s yet uncertain if vaping does or does not cause COPD. There has not been an extensive research on the subject matter to come to the conclusion that vaping increases your chances of suffering COPD.

E-CIGARETTES ARE KNOWN TO HAVE THE RATHER HIGHLY-ADDICTIVE DRUG, NICOTINE.

In fact, some e-cig products have known toxic chemicals, carcinogens, and toxic metal nanoparticles in their vapor. While vaping has been touted as a welcome alternative to quit smoking tobacco, it still remains unclear whether e-cigarettes are and how effective they are in helping smokers quit the habit.

However, a 2016 study showed that e-cigarette fluids used in vapid contained nicotine which triggered the similar effects which have been associated with COPD development. This chemical caused lung inflammation and forced the debilitation of lung tissue. This 2016 study used mice and cultured human lung cells, both of which at the end of the study, were found to be nicotine-dependent.

The U.S. Food and Drug Administration (FDA) has stated that in 2018, vaping products containing nicotine would have to bear warning notes that the product contains nicotine, which is an addictive chemical.

On the other hand, vaping products that do not have nicotine would be required to state that this product is made from tobacco.

It is clear that more research is necessary if we are to determine the total impact of vaping on a users’ overall health.

While smoking cigarettes is one of the primary reasons people suffer from COPD, it is not the only reason why COPD happens. Inhalation of pipe and cigar smoke can also increase your risk of COPD.

If a person is continually exposed to the following lung pollutants and irritants, then they can also suffer from COPD:

In some cases, there are genetic conditions, as in the case of Alpha-1 Antitrypsin Deficiency (AATD), which makes a person more prone to suffering COPD — whether or not they smoke or inhale second-hand smoke.

In the end, there is no proof that COPD would be aided by e-cigs!

Medication Reminders and Personal Care | How Can a Caregiver Help Improve Quality of Life for Those with COPD?

There are Many Invisible Symptoms of COPD, I Feel Worse Than I Look

Does Smoking Marijuana Lead to COPD?