Your Health. Your Story.
Home PTSD Don’t Let Someone Else Feels the Same Pain

What helps you move forward on difficult days? Show your Support by Commenting!

When I was 11, I was sexually abused by the father of the girl I would babysit. The girl would ride on the bus with me, she was the same as my little sister. One day while I was riding with my dad, he stopped by a house and was talking to a man that would become my abuser. The little girl came out of the house and was asked if I could stay. Her parents would get drunk and told my dad they wanted me to watch her while they drink.

Read more: How My Childhood Got Me PTSD 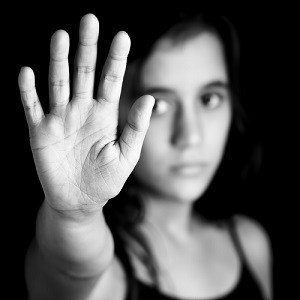 That night started the most horrible night of my life. I was woken up at midnight having a horrible feeling that something was wrong. He was standing over me, I tried to get up, and he held me down. Ever since then I was never held down. I freak out so bad and have panic attacks. I didn’t tell anyone, I regret it every day.

One day when I was in seventh grade, I came home and found out he was doing it to my little sister. She told someone at school about it. My mom and older sister asked me if it happened to me, I couldn’t talk, all I could do was cry. Then my sister and I had to go through the other horrible part of being abused. Court didn’t happen until I was 21. They said he had too many heart problems to send him to jail, so instead, they wanted to give him 5 years of probation.

Read more: I Have PTSD Symptoms Since I Was Assaulted

Always tell if something happens to you. You might be hurt and damaged, but you can spare someone else that pain. I wish I would have, I could have spared my sister.

What helps you move forward on difficult days? Show your Support by Commenting!