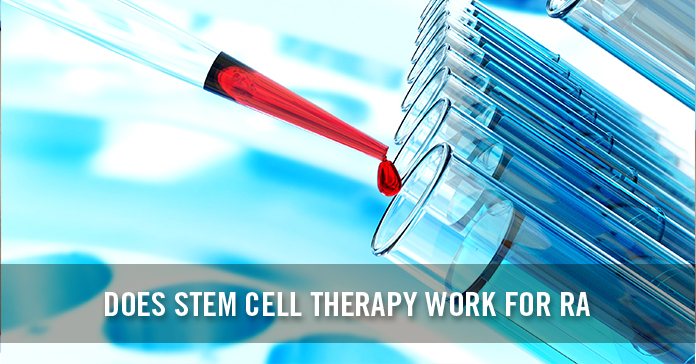 Stem cell therapy has been controversial in the past because they were taken from embryonic cells. There was a wide moral and scientific debate about the ethics surrounding taking cells from human embryos. With further medical advances, stem cells can now be replicated from the person’s own body. Not only does this lessen the moral debate and remove the need for embryonic stem cells, but it can also increase the chances of stem cells being used safely and more effectively.

THESE CELLS ARE REFERRED TO AS INDUCED PLURIPOTENT STEM CELLS AND CAN BE MADE INTO NEURONS, MUSCLE, AND SKIN.

Scientists and researchers are currently working on ways to target these cells to areas of the body which need to be healed. They also need to find out which type of cells (neurons, muscle, or skin), will have the greatest effect on the joints of those with rheumatoid arthritis (RA).

The immune system’s attack on the body’s own cells has kept researchers busy for decades. These new stem cells can help with their understanding of the immune system and how to combat autoimmune diseases like RA. Scientists are experimenting ways of replacing the misguided cells with healthy immune cells which will not attack the body.

While there is a lot of potential and excitement surrounding this research, there is still a lot to be learned and perfected. Some patients are beginning to use it as a treatment for their RA despite it not yet being approved by the FDA and that it is not covered under most or all health insurance plans. For several people, the treatments have decreased pain and inflammation and allowed for more normal daily activity.

While some people will hold out for treatments that do not use stem cells at all for moral or religious reasons, these treatments are extremely promising and have been shown to help return people to NY strides are being made in the stem cell research field, and the results are promising so far. If you have the financial means, you may be able to start the treatments before they are FDA approved or covered under regular health insurance plans.

It may also be beneficial to wait until more is known about the treatment and doctors are more familiar with its use, specific function, and results. Either way, exciting advances are being made and there may soon be an approved and more effective way to combat rheumatoid arthritis.