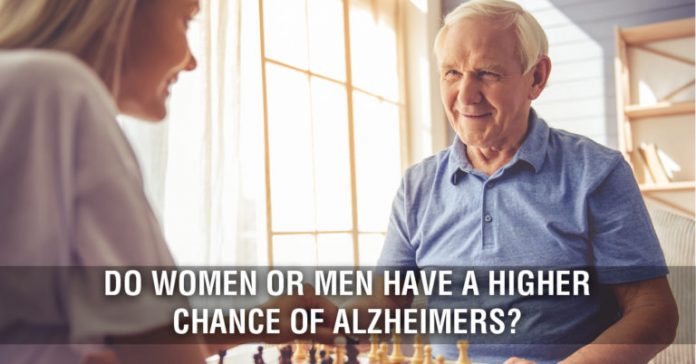 Alzheimer’s is one of the leading causes of dementia, and it is not just about the weakening of memory, it worsens every aspect of mental functioning, the disease is progressive, it leads to severe disability and shortened lifespan.

It is the proteinopathy of brain cells. Meaning that for some reason brain starts making defective proteins that lead to the death of brain cells. What causes Alzheimer’s is not understood until the end, but it seems that it is caused due to a combination of genetics, diseases, environmental factors, and aging. Even the pathogenesis of the disease is not fully understood, but the most widely accepted theory is about the amyloid protein. Alzheimer’s is caused both due to excess production of amyloid protein and its reduced clearance from the brain. With all the developments in the scientific world, it is a poorly treated disease.

Is it More Common in Men or Women?

Although there is some contradicting data, still most of the data seems to show that on global scale women are more prone to it. One logical explanation for this is that in many countries women live much longer as compared to men. But age alone cannot explain this difference. It is no secret that certain emotional disorders and autoimmune diseases are also more prevalent among women.

Alzheimer’s is more common in a menopausal age in women; observational clinical researches seem to indicate that women treated with hormonal replacement therapy are at lower risk of developing the Alzheimer’s. However, extensive clinical studies using female hormones have failed to show the benefits.

Another explanation has been that estrogen has protective properties against the toxicity of amyloid protein, however, after menopause, this protection is lost, and thus women of age are more prone to dementia.

Psychological and social reasons could also be behind the higher prevalence of Alzheimer’s in women in specific localities. In the 20th century, women in many locations had poor access to education, nutrition, and other resources. However, things have changed much from 21st century onwards.

Thus perhaps the explanation of little higher prevalence of Alzheimer’s in women is a longer lifespan, hormonal, genetic, psychological, and social differences.

How to Prevent Alzheimer’s in Aging Population?

At present, no known drug therapy can prevent Alzheimer’s, though there is substantial evidence that it can be reduced by keeping the heart and blood vessels healthy. Thus, hormonal replacement therapy in women, use of drugs to prevent blood cholesterol low may be an option.

It is vital to understand the link between the various non-communicable diseases. Thus controlling body weight, keeping blood pressure in check, managing diabetes, would inevitably decrease the risk of Alzheimer’s. It is essential to understand that changes in the brain start decades earlier than the symptoms of Alzheimer’s. Thus all the efforts must start much earlier. Prevention measures would be of little help in symptomatic person.