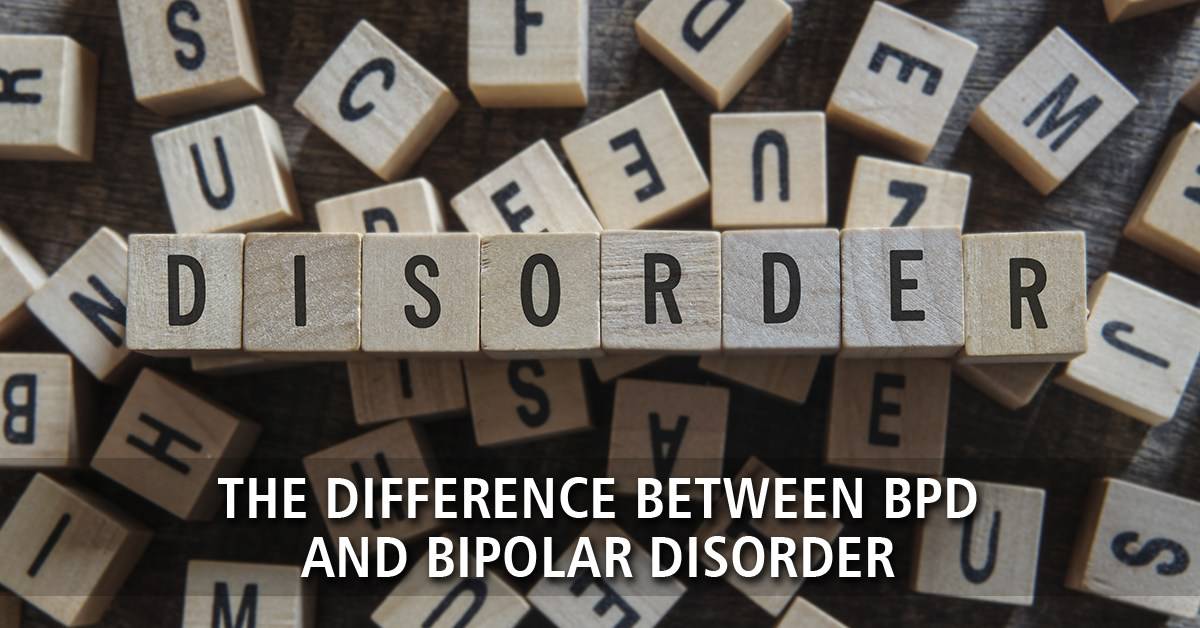 Do you know the difference between BPD and Bipolar Disorder? Share this Blog to Raise Awareness!

The main feature of Borderline Personality Disorder is a prevalent pattern of instability in interpersonal relationships, self-image, and emotions. It is a condition characterized by difficulties in regulating emotion. People who have BPD feel emotions intensely for extended periods of time and it is harder for them to return to a stable baseline after an emotionally triggering event.

They are typically more sensitive than most people to environmental circumstances and the perception of impending separation or rejection, or the loss of external structure, can lead to profound changes in self-image, affect, cognition, and behavior.

In order to be diagnosed with BPD you must have at least 5 of the 9 symptoms present:

Read more: Bipolar Disorder: A Battle From Within

Here are some of the symptoms of Bipolar Disorder II (The type I was diagnosed with):

As you can see there are many similarities in symptoms but not everyone who has Bipolar Disorder has BPD. In people who ONLY have Bipolar Disorder, these symptoms can be eliminated or greatly diminished with medication. With BPD, the symptoms are basically so ingrained that you have to learn how to manage them (which I am told is possible though I can’t see how yet).

I feel that when people don’t know about my disorder or think I just have Bipolar, they’re not seeing clearly who I am. This is a very tough disorder to live with. I feel like those who don’t know the difference might be judging my recovery on a completely different type of disorder. Like I did before I knew I had BPD. I didn’t understand why the antidepressant and anti-anxiety meds never helped in the long run. It was because I was battling a monster I didn’t know, with the wrong weapons.

Do you know the difference between BPD and Bipolar Disorder? Share this Blog to Raise Awareness!

My struggle with bipolar disorder

My Battle with Bipolar