Your Health. Your Story.
Home Uncategorized Changes to My Periods 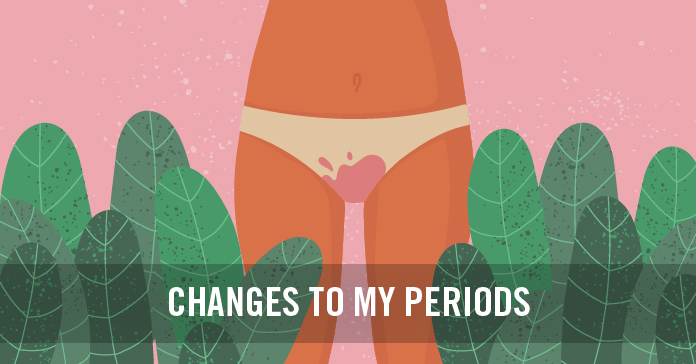 I was 21 when I had my son. After having him I developed lots of little ailments, psoriasis, arthritis. My migraines worsened. With all that going on, I hadn’t noticed the changes in my periods.

A few years went on and my periods got heavier and started lasting around 10 days. I would be drained a week before, the week during and a few days after my period. My pains worsened and it moved in to other areas of my body. I’m not one for going to the doctors, so I left it, I just coped with the pain and tried to mask it with extra strong pain killers. I also put the additional pain down to my arthritis.

Years and years went by, and I just got on with things. I turned 35 and things just got worse. I’d clot horrifically and loose that much blood all I’d want to do was sleep. It caused my migraines to become that severe, I could be in bed for a day or 2. I’d be sick with the pain and the only way I could describe it was the after labour pains you get when things are trying to go back to normal.

I’d often say that I couldn’t walk properly because I felt like my insides were going to fall out. Then to top it all off, I started having to double wrap as I’d call it. 1 tampon changed every hour, a pad and 2 pairs of pants.

Oh but that wasn’t the worst of it, I’d be frightened to go out for meals or to the shops, even the school run became a nightmare as I’d leak. I’m a childminder so had no option but to work and put up with it.

I decided it was time to get a referral last year. I pushed and pushed the GP as he tried to fob me off. The GP gave me some medication which my consultant was furious about. Apparently this medication makes the symptoms even worse.

To cut a long story short, I had several scans and then an MRI. My diagnosis was confirmed within 6 weeks and I was booked in for my operation in January just gone. It was the best feeling. I took 2 weeks off work to recover and for 6 months I felt like a new woman, but then came month 7,8,9 oh and now 10 which is by far the worst month.

I’m exhausted, aching all over, doubled over in pain, and back to double wrapping and ruining all my clothes. My heart breaks as I thought I was cured, but I know now that this is just the beginning of my journey.

What does your Zodiac sign say about your Health?

Having Diabetes and Feeling Alone